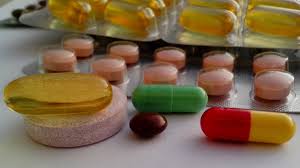 Sales of dietary supplements is a good business. For example, per year the US producers earn about $28 billion per year 2.

It is believed that consumption of dietary supplements can help to improve health. Can be assumed that if vitamins and minerals are good for health, as involved in the regulation of important functions, the more they are consumed the better.

The arguments of opponents of this view are based on two main points. The first is the concept of daily norms. And the average diet of modern people meets these needs perfectly, even in the case of increased needs through specific health conditions (e.g. pregnancy) or heavy exercises. Second, the absorbability of vitamins and minerals in dietary supplements usually is significantly lower than conventional products of plant / animal origin. Or there might be another option - the development of overdose with uncontrolled supplements consumption.

To establish the real impact of dietary supplements on the body a team of scientists from Germany, Poland, Austria and Greece conducted an analysis of all the available evidence on this subject 3.

Results of the new study

In the analysis were included all available best-designed randomized placebo-controlled trials. Health effects were measured by such indicators as all-cause mortality, cardiovascular mortality and incidence, cancer mortality and incidence. If dietary supplements are helping to maintain health, there must be less cases of heart disease, cancer and fewer deaths in those who have used dietary supplements in compare to placebo.

Overall mortality. Among all used dietary supplements there were not and significantly effects on any of measures.

Cardiovascular incidence and mortality. Generally only vitamin E significantly reduced the likelihood of death due to cardiovascular causes (eg, due to myocardial infarction). Those who regularly took the vitamin as a supplement, the risk of death was reduced by 12% compared to placebo. Also, among those who took folic acid, the risk of heart disease was lower by 19% compared to placebo.

Cancer morbidity and mortality. The additional intake of vitamin A supplements increased risk of cancer by. At the same time, consumption of calcium supplementation reduces cancer risk by 63%. There haven’t been and other significant effects noted.

So, based on these results, taking dietary supplements will certainly not help in longevity. Some positive effects may be have vitamin E, folic acid and calcium, while vitamin A supplementations are associated with some health risks. There should be noted that several studies, included in the analysis, we sponsored by the manufacturer of these supplements, and therefore, if the final results are biased, it is rather towards exaggeration of positive effects.