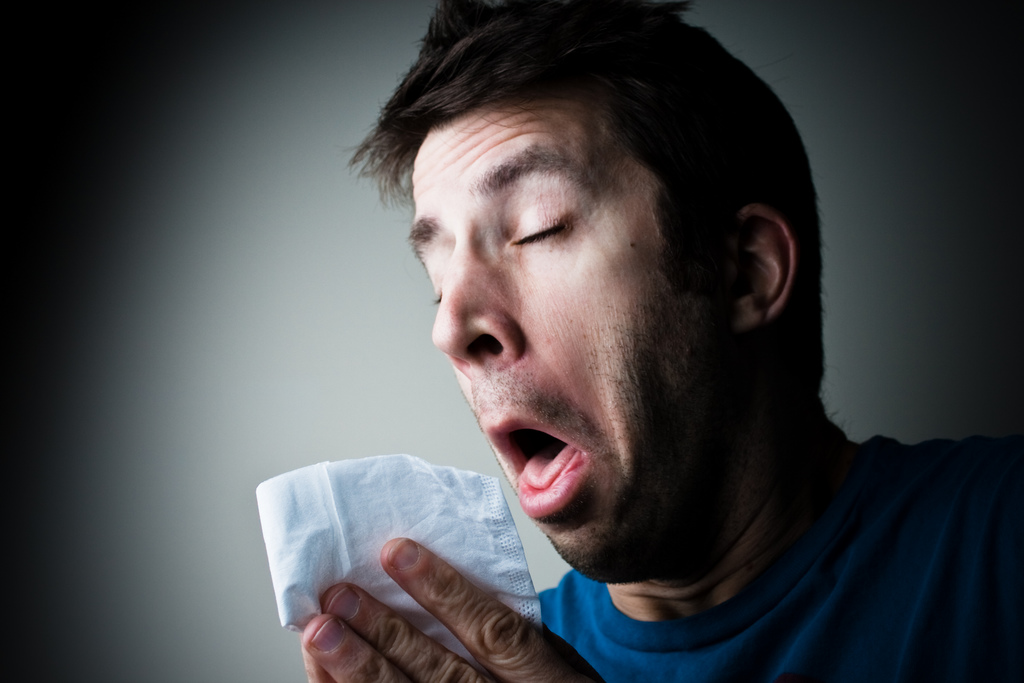 Common cold is one of the most prevalent causes for visit to general practitioner. In addition, it is also a common cause for skipping work or school. There are quite a large number of viruses that can cause cold symptoms - rhinorrhea, nasal congestion, sneezing, sore throat, cough, fever and so on. Even when infected by the same strain of virus symptoms may be different. Given that the cold is a viral infection, antibiotics in this case are not effective.

Among causes of colds are respiratory syncytial virus, rhinovirus, parainfluenza virus and adenovirus. Rhinoviruses are responsible for near 50-80% of all cases 1. The main factors of the rapid spread of the disease is poor hand hygiene (despite the fact that viruses are unstable in the environment, this time can be enough to infect) and large crowds 2.

For almost a century vitamin C is used to treat common cold. Its use for this purpose had begun from 30s and became popular from 1970s when Nobel laureate Linus Pauling in one of the first randomized controlled trials showed its potential effectiveness in the this condition 3. Surprisingly, despite a large number of new evidence, these data was reviewed only relatively recently.

How vitamin C can work?

Within animal studies have demonstrated that vitamin C could potentially affect the body's resistance to infections, including viral 4. So, theoretically, it can play the same role in humans.

According to modern views vitamin C is involved in such important immune processes as chemotaxis and phagocytosis of leukocytes, inhibition of virus replication and production of interferon 5. In addition, it is a strong antioxidant.

In the classic work of Linus Pauling the effectiveness of vitamin C for common cold was confirmed by comparing cases of those who did use this vitamin with those who did take placebo. The difference was statistically significant (p = 0.003). The author observed the same picture when was comparing the number of days spent with illness. And in this case vitamin C compared with placebo reduced illness duration with outstanding statistical significance (p <0.001) 3. The influence of Nobel laureate for a long time not allowed to review this results.

What is the evidence for effectiveness?

Given the high prevalence of recommendations on the use of vitamin C in the prevention and treatment of colds, in 2013 Harry Hemila, author of numerous studies on the impact of this vitamin to the immune system, and Elizabeth Chalker had conducted a systematic review and meta-analysis of all available studies on this subject 6. The work was carried out within the Cochrane collaboration - one of the forms of scientific cooperation for retrieving more strong evidences on the diagnosis, prevention and treatment of various diseases.

After review of all published works authors selected 44 with best design for further analysis. The analysis proved to be quite controversial.

Cases of infection with regular vitamin C. If general population is taken, the authors found no significant effect of the vitamin on the prevention of common cold. The only exception - a professional athletes during periods of hard physical activity (marathon runners, skiers).

The duration of colds and regular prophylactic use of vitamin C. The analysis showed that, indeed, the regular intake of this vitamin during the period before the disease reduced the duration of common cold in children by 14%, and adults - 7%. The effect was significant but small. Thus, if the duration of the common cold in a child composes 6 days, the use of vitamin C will reduce it to 5 days and 4 hours, and in adult - to 5 days and 14 hours. It should be noted that in these studies vitamin C was taken for a long period of time and mostly in dose of 1 g per day.

The severity of the common cold and regular prophylactic use of vitamin C. According to the data received regular use of vitamin C allowed to reduce the cold symptoms severity by 5%. Again, this vitamin was taken regularly for a long period of time.

Vitamin C during common cold only. Usually in these studies participants were taking a high doses of vitamin - from 4 to 8 mg per day. The review found no evidence that this treatment helps to reduce the duration of common cold and its severity.

Artificially infected volunteers. Such studies also took place. Total of 3 was conducted and in 2 of these authors did not find any effect of vitamin C on common cold duration and its severity. In another one - this effect was found only for symptom severity on Day 4, but not for the duration of the illness.

Side effects. The difference in the incidence of side effects between those who took vitamin C in high doses (> 1 g / day) and those who took placebo was not observed (registered 5.8% and 6% respectively).

In its conclusions, the authors note the following:

Thus, according to the author's opinion, the existing evidence is not enough for routine use of vitamin C for preventing and treating of colds. In some studies vitamin C slightly reduced the severity and duration of colds, but these data were not confirmed in several high-quality studies. The authors recommend conduction of additional randomized controlled trials to determine the group of patients for which vitamin C may still be favorable.