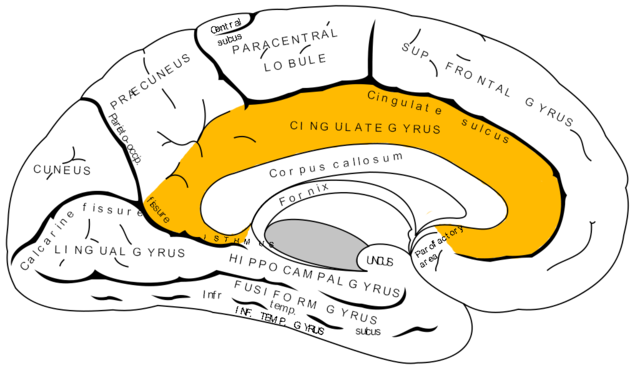 This article was exposed to the machine translation from Ukrainian

Anxiety is a fundamental bioregulatory reaction of higher life forms on our planet, which helps living organisms to avoid / fight against a threat. It launches a cascade of metabolic changes (acceleration of the heartbeat, increased blood pressure, etc.) to mobilize the resources of the body in potentially dangerous situations.

Evolutional brain development has improved its ability to anticipate the treat and expanded the range of situations that body assessed as dangerous. Speaking more precisely, an anxiety can be caused by a situation / event which the body previously had never experienced, and, thereforem does not have a standard behavioral patterns associated with it. Thus, anxiety can be triggered by the situation / event which the body has previously encountered and evaluated as dangerous and by new situations / events or those, in which the body does not know what to expect.

Neuroimaging studies have demonstrated that the formation / regulation of anxiety involves different parts of the brain from the latest evolutionary structures (prefrontal cortex) to more ancient regions (the limbic system, midbrain, etc.) 1. These studies, aimed to reveal mechanisms of anxiety, can help in developing of more effective treatments for anxiety disorders - a group of mental health problems, in which anxiety rather than helps leads to a significant deterioration in the social, occupational and daily functioning.

In recent studies on brain monkeys are often used as a subjects. They have similar to the human brain, and the repertoire of experiments on animal models can be much wider than with human subjects (but it also limited with ethical standards).

The journal «Nature» recently had published results of such study. The author - Ilya Monosov (Ilya E. Monosov) is working at the Departments of Neuroscience and Biomedical Engineering, Washington University in St. Louis 2. Researcher was mainly interested in the mechanisms that participate in the body's response to stimuli that have a level of uncertainty. In other words, how the brain is functioning, if it does not know what to expect. In the study none of the monkey was harmed.

In the experiment I. Monosov and colleagues have exposed monkeys (rhesus macaques) to a stimulus with different probabilities. In the first case, after the presentation of the visual stimulus (geometric figures), monkeys were given a positive reward (juice) with probability of 100, 50 and 0%. In the second, after the presentation of the visual stimulus, monkeys were given a negative reinforcement (air flow) with a probability of 100, 50 and 0%.

During both experiments the activity of neurons of the anterior cingulate cortex was recorded. Registration was carried out after 12 consequent educational experiments. That is, for example, the first 12 times monkeys were exposed to a stimulus, then in all cases the juice was given. On the 13th time after exposure to the stimulus but before reinforcement registration ACC activity was conducted. Then the experiment was repeated, only this time with a 50% probability of obtaining a juice after a certain geometrical figures, etc.

In the experiment scientists have found that uncertainty was associated with a specific neuronal activation pattern in ACC. The majority of these neurons were not activated in response to rewards or negative reinforcement. Moreover, neurons that were responsible for the uncertainty about the negative reinforcement (when monkey was trained at 50% probability of being "attacked" by air flow after the visual stimulus) were in different parts of the ACC, but had a large representation in the dorsal (back) part, and those responsible for the uncertainty about the rewards (when monkeys were trained on the appearance of juice after visual stimulus) - both in dorsal and ventral (front) parts.

In addition, these ACC neurons could alter their activity depending on how the monkey assessed the probability of negative / positive reinforcement. If it was assessed as low probability - activity decreased, if high probability - neuronal activity increased with the appropriate launching of behavioral response in monkeys. In this process an important role was played by the neurotransmitter serotonin.

So, in this study scientists revealed 3 important mechanisms:

It is important to note that these data can help to synthes a new drug or to create a new treatment method which could act precisely on these neurons in the cingulate cortex. In the case of anxiety disorders - it will reduce the manifestations of anxiety and worrying ruminations in a wide range of events that are associated with uncertainty. In other words, it could help to develop more effective treatment for such medical conditions as generalized anxiety disorder, social anxiety and other common anxiety disorders.