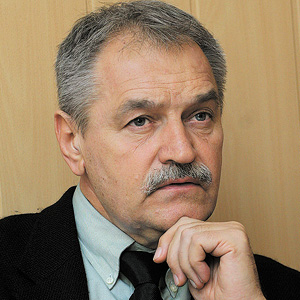 By end 2014, 59.5 million individuals were forcibly displaced worldwide as a result of persecution, conflict, generalized violence, or human rights violations. This is 8.3 million persons more than the previous year (51.2 million) and the highest annual increase on record. During 2014, conflict and persecution forced an average of 42,500 individuals per day to leave their home and seek protection elsewhere, either within the borders of their own country or in other countries. This compares to 32,200 per day in 2013, 23,400 in 2012, 14,200 in 2011, and 10,900 in 2010.

The global figure included 38.2 million internally displaced persons. The Ukraine was the single largest country of origin for asylum-seekers in 2014, with 288,600 new applications submitted by its nationals during the year – on average, every fifth claim. The outbreak of conflict in eastern Ukraine had a major impact on the 2014 displacement figures, with more than 271,000 or close to 99 per cent of the asylum claims in the Russian Federation or to seek refuge in European countries lodged by Ukrainians. The last time a country registered a comparable figure was in 2009, when South Africa reported that 222,300 persons had lodged individual asylum requests, many of them from Zimbabwe.

Large-scale armed conflict, the fighting that broke out in eastern Ukraine and outbreak of violence forced hundreds of thousands to leave their homes and to become internally displaced persons. In early 2014 resulted in 823,000 people becoming internally displaced by the end of the year, according to the Ukrainian State Emergency Service [1].

Psychologists, psychotherapists and psychiatrists faced a new serious problem in Ukraine. They were unprepared for a massive social request for psychological and psychiatric help from the patients who were exposed to powerful stress and faced distress in the situation of war and radical social changes within the country.

We identified possible problems and prospects for specialists who provide psychological, psychotherapeutic and psychiatric care for patients with stress related disorders. We analyzed the data from open sources on the Internet in Ukraine and the United Nations.

As a result, there are currently 60,000 soldiers in the region of the armed conflict in eastern Ukraine (their families remain in a waiting situation and a profound anxiety for their lives - about 200,000 people). As well, about 6,000 volunteers participate there. 6,000 people have already been killed, including 1,500 military personnel. 1 500 000 people - 2 000 000 people were internally displaced within Ukraine, including 200 000 children and 120 000 disabled or elderly people (internal migration). About 2 million civilians still remain in the conflict zone.

We modeled the probability of developing stress-related disorders in Ukraine in the next 5-10 years on the example of other countries that participated in military conflicts (United States, Israel, Balkans countries, Russia, Georgia, Armenia). According to the most optimistic outcomes, we expect that about 500,000 people will have social dysfunction, delinquent behavior, PTSD or psychosomatic disorders (mainly cardiovascular pathology, gastrointestinal problems, lung disease).

Now in Ukraine, from our personal experience, the following problem arises:

As a conclusion: we need systematic training of specialists in the field of acute stress and PTSD, with following consistent professional development. It is necessary to develop a national protocol for PTSD management and to implement an appropriate modernization of the Ukrainian health care system.

Moreover, the situation with stress related disorders in Ukraine has acquired its specific features, due to a number of new factors related to the war and previously not described. In our opinion, these include:

The war that continues in Ukraine increasingly acquired traits of Conscientia (understanding, consciousness, conscience), that is, the war with the primary goal of changing consciousness, rethinking what is happening, destroying national self-awareness, spreading nihilistic and pessimistic ideas, which decreases the level of social capital. Such a war is directed at the same time to the whole society, causing the loss of national identity, and to each individual separately - the loss of self-identification, the refusal or reduction of individual amortization capacities due to the rejection of cultural and mnestic subconscious protection mechanisms, and the loss of confidence in the basal protective functions of the state at the microsocial level.

Particular characteristics of a conscientinal war are some forms of cognitive biases and cognitive distortion due to the loss of sufficient insight of the powerful informational impact in the situation of uncertainty and constant expectation of troubles ahead, the destruction of the spiritual values ​​of previous generations with the rapture of continuity with these generations.

All of the above requires a new assessment of the state of people in a situation of chronic stress and distress taking into account their mentality, psychological amortization properties and social situation.