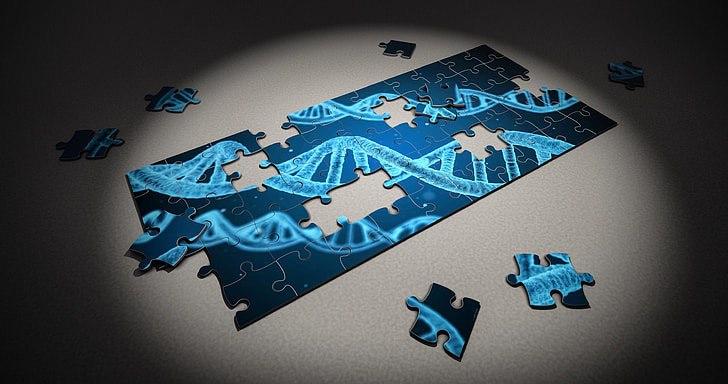 The World Health Organization estimates that depression will be the second-most common cause of disease and premature death worldwide by 2020 [1]. Worldwide, MDD (Major Depressive Disorder) causes significant economic ($83 billion in the US alone) and psychosocial burdens due to the cost of hospitalization, lost work productivity and suicide. MDD is a lifelong disorder; it may be chronic or characterized by frequent recurrences with a mean of about 6 episodes in 15 years [2].

Recent guidelines on pharmacological treatments of MDD indicate the use of selective serotonin reuptake inhibitors (SSRIs) or serotonin noradrenaline reuptake inhibitors (SNRIs) as first-line treatment, along with other antidepressants (ADs), including agomelatine, bupropion, mirtazapine, and vortioxetine. Tricyclic antidepressants (TCAs), trazodone, levomilnacipran, and vilazodone are recommended as second-line agents, whereas third-line recommendations include monoamine oxidase inhibitors (MAOIs) and the SNRI, reboxetine [3]. Despite these pharmacological options, the clinical outcomes are often unsatisfactory. The response to first-line treatment is estimated to be between 40% and 60% [4], while only 30-53% of patients achieve a full remission after antidepressant treatment.

A possible reason for the high rate of unsatisfactory responses to ADs is that MDD is a very heterogeneous disorder concerning symptom presentation and, possibly, its underlying mechanisms [5]. Personalized psychiatry can be a crucial strategy to improve pharmacological responses in MDD.

The sequencing of the human genome early in this millennium was lauded for the breadth of the scientific achievement and was expected to revolutionize medicine. Genomics would provide the links between our genes and biological events, whether normal or pathological. Armed with this blueprint, disease biomarker development would proceed rapidly and greatly improve clinical practice. Medical treatment would be individualized with targeted medicines based on the genetic and molecular profile of the patient [6].

The NIH defines a biomarker as “a characteristic that is objectively measured and evaluated as an indicator of normal biologic processes, pathogenic processes or pharmacologic responses to a therapeutic intervention [7]. The wide acceptance of a genetic contribution to MDD has prompted the use of candidate gene and genome-wide association strategies to search for contributing genes. Identification of genes that will lead to biomarkers useful in diagnosis and treatment is a goal yet to be realized [8].

Pharmacogenetic testing is a useful and increasingly widespread tool to assist in antidepressant prescription. More than ten antidepressants (including tricyclics, selective serotonin reuptake inhibitors and venlafaxine) have already genetic biomarkers of response/side effects in clinical guidelines and drug labels. These are represented by functional genetic variants in genes coding for cytochrome enzymes (CYP2D6 and CYP2C19) [9].

Candidate genes involved in antidepressant metabolism (pharmacokinetics) have sufficiently robust scientific evidence for clinical applications, as documented in clinical guidelines such as those curated by the Clinical Pharmacogenetics Implementation Consortium (CPIC) and Dutch Pharmacogenetic Working Group (DPWG) [10, 11]. These genes are those coding for cytochrome P450 (CYP450) enzymes responsible for antidepressant metabolism, namely CYP2D6 and CYP2C19. Functional genetic variants within these genes are common in the population and they result in significant variation in the enzymatic activity, which can be classified in four main groups (poor metabolizers [PMs], intermediate metabolizers [IMs], extensive metabolizers [EMs] and ultrarapid metabolizers [UMs]). These metabolizing groups were associated with pharmacokinetic parameters (e.g., drug and metabolites plasma concentration) for several antidepressants, demonstrating an impact on drug metabolism [12]. There is however weaker evidence in terms of the association between metabolizing groups and clinical outcomes (response/side effects), as well as the unclear relationship between drug plasma concentration and clinical outcomes, except for tricyclic antidepressants (TCAs), es(citalopram) and venlafaxine [13, 14, 15]. Selective serotonin reuptake inhibitors (SSRIs) have probably a mostly flat plasma concentration-response curve, with relevant changes only for very low and very high plasma concentrations [15]. This means that significant differences in clinical outcomes may be observed in patients with severely compromised or increased enzymatic activity (PMs and UMs, respectively), but there was poor evidence in the literature due to the relative rarity of these groups in the population. Recent findings from a larger sample demonstrate that CYP2C19 PMs have an increased risk of side effects (gastrointestinal, neurological and sexual) during (es) citalopram treatment, as well as higher symptom improvement and better chances of symptom remission [16]. These results are in line with the recommendations provided by clinical guidelines, confirming that the starting dose should be reduced to 50% of the standard dose and increased clinical monitoring should be performed in CYP2C19 PMs, but they suggested that being CYP2C19 PMs does not contraindicate treatment with (es) citalopram. Recommendations provided for other antidepressants (mostly TCAs and SSRIs) follow the same schema: in PMs and UMs consider avoiding drugs mostly metabolized by the defective or hyperactive enzyme, if there is a clinical indication for one of those drugs adjust the dose accordingly and monitor closely. An overview of recommendations based on CYP2D6/CYP2C19 metabolizing activity is reported in Figure 1. In total, 13 antidepressant drugs have pharmacogenetic biomarkers provided by CPIC and/or DPWG. Of particular interest, guidelines do not provide indications on when and to whom pharmacogenetic testing should be recommended since there is still no conclusive information on the groups which are expected to benefit more from testing. According to the best current evidence, pharmacogenetic testing should be recommended in patients who had not responded or tolerated at least one previous pharmacotherapy [16].

Polymorphisms in other CYP450 genes (e.g., CYP1A2, CYP3A4/A5, CYP2B6) have probably not clinically relevant consequences on drug metabolism because their level of activity is much more dependent from environmental factors (e.g., smoking, diet, concomitant drugs) than genetic factors [17]. Therefore, polymorphisms in these genes should not be included in pharmacogenetic testing.

Pharmacogenetics is still not implemented in routine clinical practice in most countries, with some exceptions (for example, Switzerland). The main barrier consists of the need to invest resources to create standard procedures for test prescription and genotyping, but also for the standard interpretation of the genotyping results in prescriptive recommendations. This would mean educational programs for clinicians and other health care professionals, costs for sample transport and genotyping, integration of Clinical Decision Support (CDS) tools in clinical settings, in other words: time and money.

A few published studies are looking at the cost-effectiveness of pharmacogenetic testing in guiding antidepressant prescription compared to standard care [18, 19, 20]. They reported evidence of cost-effectiveness compared to standard care, even though they were based on simulated clinical outcomes using input data from short-term clinical trials, while results coming from longer follow-up non-sponsored studies are lacking.

Pharmacogenetics already represents an available tool in assisting antidepressant prescription. Despite not a definitive consensus on when and to whom testing should be recommended, the available evidence supports that testing can be useful in patients who did not respond or tolerate at least one previous pharmacological treatment [21]. The current recommendations are based on variants in the genes coding for CYP2D6 and CYP2C19, the main cytochrome enzymes responsible for antidepressant metabolism [22]. Indications in terms of drug choice and dosing are based on the predicted level of CYP2D6/CYP2C19 enzymatic activity. Variants in these genes are usually combined with variants in pharmacodynamic genes in many commercial pharmacogenetic tests [23]. Prescription based on variants in pharmacodynamic genes with the inconclusive level of evidence for association with treatment outcomes may lead to prescriptive errors, such as exemplified in a recently described case report [24]. While candidate gene studies were able to identify meaningful findings for pharmacokinetic genes, the complexity of antidepressant mechanisms of action probably requires a different approach. PRSs or analogous approaches are probably more suitable to capture the polygenic contribution of pharmacodynamic genes to antidepressant efficacy, despite clinical applications using this methodology are still not available. In any case, genetics should be seen as an additional tool for guiding prescription, and not as a replacement for a complete clinical evaluation.